This story originally appeared in Rapid Growth on Thursday, March 15, 2018.

This special Design Week Rapid Blog comes to us from Adam Weiler. Weiler is the Director of Social Enterprise at the West Michigan Center for Arts + Technology (WMCAT) and an executive bootcamp coach at Stanford’s d.School. If you like venn diagrams, design, and social change—all things he explores at Public Agency—he’d like to drink coffee with you and take notes while it happens. E-mail him at adam.weiler@wmcat.org. But let’s not start there.

To understand design thinking (and the stuff that’s become synonymous with the practice) we’ll first have to talk about money. In a world dominated by efficiency, design professionals often feel the need to articulate the value of their work. For a long time, design and business were awkward bedfellows; one seen as styling not substance, the other as books not beauty. But over time, as the relationship grew, something interesting started to emerge. Companies that placed design at the center of their strategy started doing better than the rest.

In 2013, Jeneanne Rae developed the Design Value Index (DVI)—an investment index that tracks a portfolio of 16 publicly listed companies that integrate design into corporate strategy. In 2016, these design-led companies outperformed the S&P 500 by 211 percent, marking the DVI’s third consecutive year of growing more than the rest of the S&P by over 200 percent. One of the key criterias in Rae’s methodology is that “design is used at scale across the organization,” which begs the question: how do non-designers do “design?”

The answer to that depends on your definition of it. Generically, design might be defined as the intention that forms an action or object. I used to think of it strictly in terms of a graphic or product, but now design pushes against whatever boundary I put on it. It has come to be ubiquitous in our world, a fact which makes it easy to spot, and even easier to overlook. Here’s an example you don’t even have to leave the screen to see.

Start here, with the actual content you’re reading. These words were written and arranged to convey a particular meaning. In the process, I’m doing the best I can to organize their placement and punctuation to transmit a tone and style, all in the hopes that you’ll come to see the world in a new way. Good writing is good design.

Now, there’s the digital form of the letters you’re reading—the way the descender of the “g” appears on your screen was made possible by the display of your device, whomever coded the CSS at Rapid Growth, and the designers at the type foundries that digitized Palatino, Georgia, or Times New Roman. That’s design too. All of this is layered on more design still: your operating system’s UI/UX, the industrial design of the device you’re on, the infrastructure of generators and conduit cables that keeps it running, the network of servers connecting it to the globe, and the business models that keeps each step of the supply chain marching onward.

All these things were designed by humans doing their best to plan and execute their specific intent.

Seeing the world as a design thinker

From the moment you wake up to the moment you fall asleep, your entire environment is saturated with the results of people’s design decisions, especially your own. Some of these solutions are thoughtful; others not so much. For a few, this incalculable mixture of labor and luck has produced a beautiful environment full of natural light, opportunity, a supportive community, or even a pension. For others, it has meant a second shift job, a disinvested neighborhood, food insecurity, and a thin support network. Regardless of the system you find yourself in, it’s perfectly designed to achieve the results it’s getting—and chances are you could make it better. To figure out how, you’ll need a toolkit that helps you understand and navigate the ambiguity ahead. Welcome to design thinking.

For a long time, the field of design has championed language and tools that have helped its practitioners think critically, speak constructively, and make productive strides towards the problems they’re attempting to solve. This way of thinking and doing helped these folks (mostly male and mostly white) create new products, technologies, and platforms that have revolutionized our world and in turn, shaped it in their image (that’s a whole different blog post).

Design thinking takes the mindsets, tools, and behaviors of design—stuff like ethnographic research, problem framing, prototyping, user-testing, and refinement—and points it at problems outside the space they’ve traditionally been limited to. In the business world, this means abstract projects like profit models, organizational structures, culture, and environments. By flexing these “design-abilities,” engineers, project managers, HR teams, et al., were able to see status quo facets of their business as new areas for innovation—that 200 percent DVI return came from a lot more than new product development. Design thinking gave them a framework to better understand their challenges, the variables of the system, the opportunities for innovation, and a roadmap to test it out. The most exciting part? It didn’t stop in the private sector.

This, my friends, is where I get jazzed. Design started pushing out into the public realm as people in social services, K-12 education, governance, and community development started using its tools, methods, and mindsets to challenge all kinds of -isms. When slash-designers (people adding this design mindset to their primary skill set) get out and empathize with the people they’re making things for, beautiful things can happen.

Equity x Design is a collective of activists/designers from San Francisco who believe that, “Racism and inequity are products of design. They can be redesigned.” This work isn’t just happening elsewhere, but right here in Grand Rapids. At the West Michigan Center for Arts + Technology (WMCAT), where I work, we use the tools and methods to provide equitable access to opportunity. At WMCAT, we advance this mission through nationally-recognized programs in creative youth development, adult workforce development, and innovative social enterprise models. Design thinking has lead to increased retention and placement rates, a deeper sense of belonging, and it’s informing the development of our social enterprise program which is diversifying our income streams while fulfilling our mission.

At the core of design thinking, there is a unique blend of optimism and empathy—a belief that “whatever is” might be reimagined to be more beautiful, sustainable, and healthier for everyone it touches. What might our community look like if people everywhere started thinking this way—each of us more interested in increasing the levels of human happiness in our region? What would our work places, public spaces, or social services look and feel like? How would our city hall or juvenile justice systems be different if they were full of people thinking like designers? In surveying our region, the sparks of this innovation abound as people are embracing their slash-designer.

Amazing work is being done by educator/designers to inject classrooms and administrative offices with this type of thinking. At Grand Valley State University’s K-12 Design Thinking Summit, people at all levels of the system gather to think critically about how our learning environments can be more impactful. After a recent workshop, one city manager/designer told me, “This type of thinking radically changed the way I approach problem solving, policy/program creation, and communication.” Maybe someday we’ll have a president/designer? Well, one can hope!

Which kind are you?

So, bring on the Sharpies and Post-Its, let the bad ideas loose, and pair all of this inquiry and optimism with a hearty dose of critical discourse and technical execution—because it’s not design if you have one without the other.

Regardless of your lot in life, now is your chance to embrace your whatever/designer-ness. The worlds of design, business, sustainability, and social responsibility are just starting to merge, so get out and empathize with the people you’re serving or aspiring to be. Reframe a challenge you’ve been given. Redesign a meeting that sucks, a program that’s lack-luster, or a life that’s lost its spark. If you’ve been accepting other people’s answers—go see if they’ve been asking the right questions. Be vulnerable, share your work before it’s ready, and get real critical feedback. Iterate. Iterate. Iterate.

In doing so, I hope you realize that there’s one thing you’re ultimately in charge of: designing your life. The question was never whether or not you’re a designer, it’s what kind of designer you’ll be. 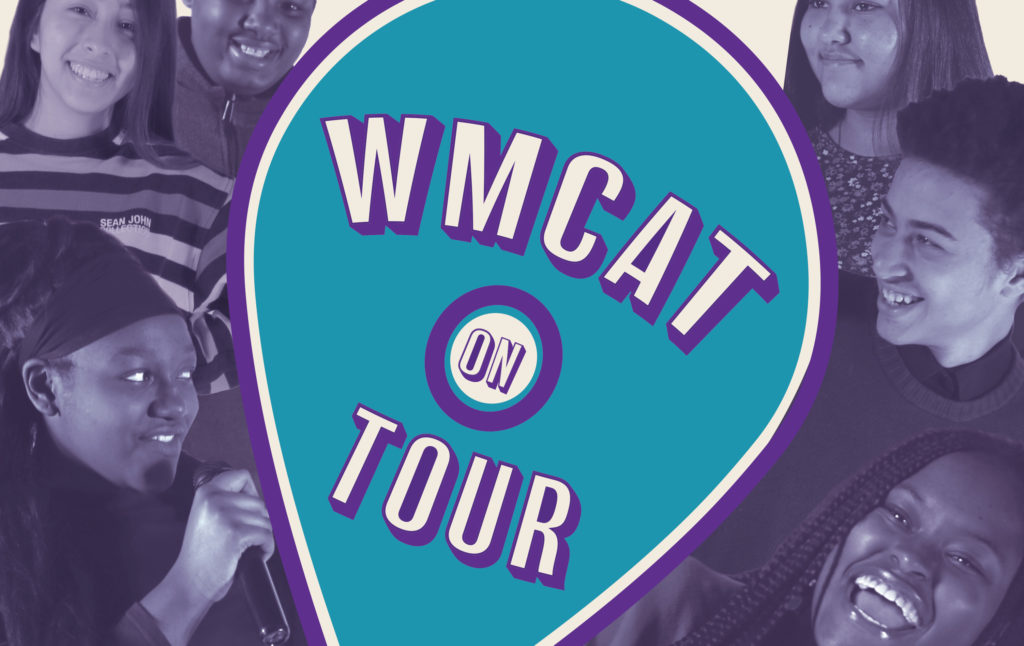 Next Post WMCAT on Tour at the Pyramid Scheme